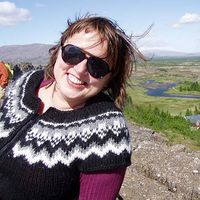 to tavel is to live, like H.C. Andersen new long time agoi

You can learn something about me from
http://www.flickr.com/photos/annalinda/

Trying to find positive in everything. Even when its impossible at first sight.

To give people tips on everything, hopefully some travelling and stuff.

Hang out with travellers, local C.S.ér
and to know interesting people from all over the world.

-Drove around Iceland with Jonas, he slept on the couch few nights. Then later he came to Cph on a visit.

_ Surfed in Berlin at Tina and Leo, Rolf and Hilda and Caspar

Travel, culture in all forms with that i mean architecture, art, people etc. I attend a lot of conserts

Classical, electro, old rock ( like doors, led zeppelin),
And i live for music, Indie, electronic, Hip-hop, basically everything except gabba and trash metal ;)

I read way to little but i enjoyed the kite runner.

Sighting trip over the Icelandic national park Thingvellir, in a little plane with my brother as a pilot.

After many hours in a bus, not so much sleep, but it was getting bright, and i stumbled into the gas station, when i´eve got out i saw part of the Rocky mountains, and i got a chill down my back and felt like crying, just awesome.

I am curios about other cultures and norms, how people think and why they do as they do.

Hopefully we can awake awareness and more tolerance about people and the world.

C.S. makes the world seem like a smaller place.