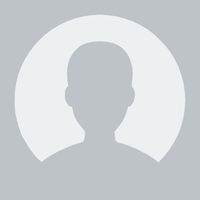 To learn as many languages as possible without becoming Salvatore. In the process, travel to a hell of a lot of places

All about me. Graduated university, plan on going back, but in between I am traveling and trying to learn about the world and myself. From the US but been away for a while. Fun, hell of a traveler, and I can sleep anywhere. (is that a contradiction?)

Water is water. A mountain is a mountain.

Everywhere. Mostly sharing my couch, however. Have lived a lot of places, and shared with lots of folks, usually on short notice. Had a place in Amsterdam and let a friend crash. That was my fav because my boss didn't want me to use the (company paid) apt. to lodge a friend, and I told him to shove it. After that, though, I have accomodated so many people, I can't keep track. Just happy to travel and help travelers.

I saw Manu Chao in concert twice, once in Paris, and once in Mexico City in the Zocalo. I really like Manu Chao, so...