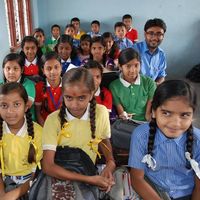 Cliche as it sounds, "Live and Let Live"! Also, life is way too serious to be ever serious about it.

Never doubt that a small group of thoughtful, committed citizens can change the world. Indeed, it is the only thing that ever has. - Margaret Mead

"An eye for an eye makes the whole world blind." - Mahatma Gandhi

ÃÂ¢Ãâ¬ÃÅWhen the power of love overcomes the love of power the world will finally know peace.ÃÂ¢Ãâ¬ÃÂ - Jimi Hendrix

"Before you diagnose yourself with depression or low self-esteem, first make sure you are not in fact, just surrounded by assholes."s a marathon. A relentless pursuit that only ends when she falls into your arms. Or hits you with the pepper spray... - Howard

Life is not easy. - Sigmund Freud

Is it just me or video-chatting with your clothes on seems pointless? - Howard

What is your longest relationship? Breakfast - Sally

You can avoid reality but you cannot avoid the consequences of avoiding reality. - Ayn Rand

To live is the rarest thing in the world. Most people exist, that is all. - Oscar Wilde

I have surfed in New Orleans, Hampton Bays and Washington D.C. It was an amazing experience. I have also hosted at my places and hosting can be a really enriching experience. I also go to New York CS events.I surfed for 11 nights in Europe. People opened their hearts and homes.

What can I say? To put it frankly, it's the best way of traveling anywhere.

I am interested in almost anything as long as it is interesting. Science, History, books, Traveling, TV, movies, anything at all!

I love anything from a comedy to dramas to social satires and science fiction. Not a big fan of animation, however. Big fan of Woody Allen, Robert Polanski, Steven Spielberg, Peter Jackson, David Lean, James Cameron, Ridley Jacobs, Richard Linklater, David Fincher, David Lynch, Alfred Hitchcock movies. And oh yeah, I might be the only person you'll meet who thought the Godfather was boring. And of course, Bollywood is awesome.

Fulfilled my 4 year long (when i was in college) dream of living in Manhattan.

Been to Bangladesh to watch India Vs Pakistan match and what a truly memorable match it was.

Did the Annapurna Base Camp Trek. Absolutely amazing.

In Nepal, I've experienced mountain flight where I saw many of the world's highest mountains like Everest and co. Just do it!Also I have seen the Taj Mahal thrice. It's amazing. Go there! Saw Federer losing for the first time in semis at the US Open. No big deal? It is, for me.Rode on the fastest and highest roller coaster Kingda Ka at Six Flags in Jackson, NJ. Skydived after celebrating Halloween 2011.

visited 12 states (24%)Create your own visited map of The United States or website vertaling duits?

visited 7 states (3.11%)Create your own visited map of The World or jurisdische vertaling duits?

As an odd Nepali person, I would love to share my part of the Nepali culture and experience and expect the same from my couch-surfing fellow. I can also teach you how to cook some Nepalese/Indian dishes if you have the spices. I can also make a great cup of chai tea for you. Oh yeah, I can teach you a lot about the game of cricket and argue why Federer is the best tennis player of all time.