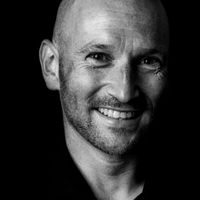 I like hiking and climbing in the mountains. I like go camping and bivouac every where, on the beach, on the mountains, on the summits and on the snow :) I am a member of a bicycle and MTB LGBT Club (derailleurs.org).
I update regularly my facebook (Yann Fleïtour). There are a lot of photos: summits in the Pyrenees, Parties in my house in Bordeaux and on the Atlantic beach, photos taken in many cities.
I travel a lot for my job and also for my pleasure :).

Run! Run! Live is too short to sleep :D

I like welcome people in Bordeaux and show the city where I've been living for 30 years...

I host 35 couchsurfers. All were very nice people! It's so great.
At this time, I have been hosted only few times, they were fantastic experience in San Francisco (April 2019), Miami, NYC :)

Where I can write something about by disinterests? Here perhaps! I don't have a TV. I never had a TV also in my parent's house when I was young. I HATE TV! I go very often to hotels for my job, and I never turn on the TV! After all that... I am openminded :) :) :)
uhh... I HATE football too :)

I've climbed more than 200 summits highter than 3000 meters (9000 feet) in the Pyrenees. I've crossed in winter by skis Iceland from North to South (350kms, 10 days, met no one for 10 days!). I've crossed Lapland, from Tromso to Kirkeness (Russia Border) by skis!
I climbed a 7000meters high summit in the Himalaya.

Share: my knowledge about the Pyrenees, my preferred mountains but also information about Norway, Corsica, Iceland, Japan, Himalaya and other countries and mountains I know well.
Learn: I would like to improve my English and Spanish, I would like organise in the next years hiking in South America.