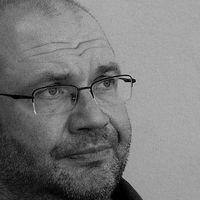 a ship in a harbour is safe, but ships are not built for harbours

Born and grown up in Berlin
I work as a social scientist and activist, close to empowerment and self helping initiatives in the social and political sector.

Well, by establishing a fair society it is needed to develop a european and global view. For this you have to travel, to meet people and make connections and friendships. As a not rich person (only in terms of money) we have to establish and to use grasroot structures. One part of it is to offer couches. The other is to get closer to the people all around the world to surf couches and to share experiences.

Music, music, music. (Music is the healing force of the universe). Concerts.

You have to ask me to watch a movie. In case of I have free time, i am visting concerts.

On a small boat with high waves of a storm on a trip to Corn Island. I feared for my life, but when it was over and we reached Corn Island, I felt like arriving paradise. And this island is almost like paradies.

Because of my age i have a lot of experience now. So teaching becomes more and more important to me. But not i a sence people telling how to do, but by working together. And the older I will be, to more I will be questioning.