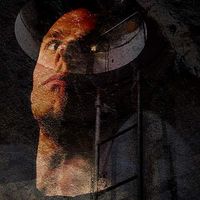 See and do it all, except jail. Okay one night in jail.

I'm beginning a new chapter in life (again), maybe its the quarter life crisis chapter, maybe its something else. All I know is that change is in the air.

I'm living in San Francisco having moved from Montreal a few months ago and found myself landed in a couple of great jobs, one as an administrative assistant for the regional network at Burning Man and the other at Adolph Gasser's - the oldest photography store in SF. I'm also freelancing in video and photo work. I'm suddenly very busy after being FUNemployed for the better part of the past year!

I travel a lot since I used to work for an airline and got let go in exchange for cheap flights for 3 years. That's expiring soon but I'm taking advantage of it while I can with short trips here and there in North America.

http://personalmutations.wordpress.com for all the icky gooey dirt on me. Dare you? DARE YOU?

In a nutshell I'm a freelance videographer, video journalist, filmmaker, photographer and explorer. I love to learn, challenge myself and experience new things.

Giving people moments of enlightenment, eureka, aha! is the greatest gift you can give.

"Say yes more often than no." and "Never do tomorrow what you could do today."

I host when I can. Moreover I tell anyone I know who travels to try CS.

I have yet to have a bad experience with couchsurfing. In fact you've all been some of the most amazing people I've ever had the good fortune to meet.

Climbed the Sydney Harbour Bridge untethered at night and watched an electrical storm roll in. Ahhh those wacky Aussies...

Participated in a "houseboat crawl" in Yellowknife - Elvis tunes in a canoe, fresh fish on the grill, songs around the campfire - a pretty fabulous time.

If you catch a cab before it gets to the airport you can usually save a couple of bucks "airport pickup fee" by walking for a few minutes.

Rather than using expensive baggage storage services slip the hotel porter a few bucks if he'll watch your bags for you. Wink wink.

Try to avoid checking baggage on flights, I've worked down there, believe me. Bad. If you must, don't pack anything valuable or breakable. If you're going to a poorer country pack some candies, chances are if someone breaks into your bag they'll take the sweets forgetting the $2000 laptop. Seriously. It works.