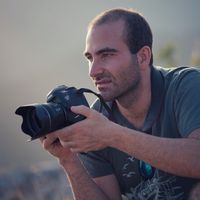 The pursuit of Happyness

My name is Paolo: I was born in Salerno, such a beautiful city in Southern Italy. I studied communication &amp; Journalism between Naples, Rome and Milan. In 2010 I spent such a great time of my life in New York City as an intern for an Italian broadcasting company. In 2012 I spent seven months in Germany, working in Duesseldorf and Cologne. I used to live for a while in Florence, one of the best city in the world. I have lived in Melbourne, Australia since 2013.

Stay hard, stay hungry, stay alive if you can, and meet me in a dream of this hard land (Bruce Springsteen).

I would like to meet new people from all over the world, and I think couchsurfing is such a great idea to do it.

I had the chance to meet a lot of new interesting people all over the world thanks to Couchsurfing.

SONG: 1) Land of Hope and Dreams (Bruce Springsteen); 2) Not dark yet (Bob Dylan); Long May You Run (Neil Young)

Two great and unforgettable InterRail trips (by train) around Europe :)

I play guitar, ukulele and harmonica: you wanna try?