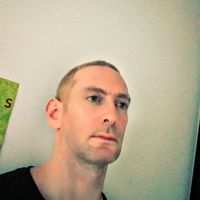 +traveling in Asia at the moment+

Life and Death via guitar and writing

I have lived a strange and meandering life- and met wonderful, beautiful people in the process.
Very happy about it!

I have surfed couches since I was 15 years old.I have hosted hundreds of guests. Not as part of CS. Its just a part of the culture I come from.