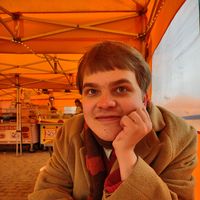 (they/them) I'm a 23 year old film student, writer and spoken word artist from Helsinki.
I am interested in poetry, feminist film theory, underground cinema and making music. I enjoy a pleasant silence at least as much as I enjoy a good conversation.

Free accommodation for those in need. Getting to know new people and learning about new cultures.

I love countless kinds of music, but if I had to pick favourites, I'd go with avant-garde jazz and non-toxic hip-hop.
My favourite films are mostly slow, warm and colourful art house films. Agnes Varda is my favourite director and Donna Tartt's The Secret History is my favourite book.

I don't have the confidence to claim anything I've ever done was "amazing". I was on a helicopter ride over Grand Canyon and I won a rap battle once.

I can share some of my music and films with my guests, if they like, although both of them are mostly in Finnish.
I'll share any potential goods I have at the moment, which often is not a whole lot, though.
On top of these things, I can offer a roof over your head 15 minutes from the city centre, a comfy couch and a blanket or two. And I make good coffee. I think.