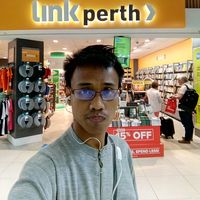 PLEASE READ
Currently stay in malaysia but from indonesia,

current mision : 1. improve my english ,2.making new friend,3. help other poeple,4. sharing about culture, and 5. traveling together, and 6. doing social project with literacy community and mental health awareness community
you can read my story : https://themighty.com/2018/02/indonesia-mental-illness-help-komunitas-peduli-gangguan-jiwa-lampung/
regarding literacy you can read my story : http://lampung.tribunnews.com/2018/04/10/komunitas-ngopi-buka-lapak-baca-tiap-weekend

Because i have literacy project dont forget if you want come to bandar lampung please contribute for my local library , you can bring new or secondhand book. i am also offerr with my community bring you become volunter visiting local village and then we can traveling together.
I am also like coin , i am collected coin from few nation hope you can bring coin for my collection if you can

PHILOSOPHY : Learn from yesterday, live for today, hope for tomorrow. The important thing is not to stop questioning. and most important must know not believe ( i dont want to believe i want to know )
- Everything in our life is relative.
In any situation (people, time, place) you can find your positive things :)
-Are you black or white, are you gay or straight, are you rich or poor, are you religious or irreligious, are you believer or unbeliever, are you theist or atheist, you will always be my friends :)
- The less we have ... The more we are the more we have... the last we are.

I come from Surabaya city but now lives in lampung , I am a person who likes to learn different cultures ( open minded ) . I always learn about new knowledges and very interest about diferent culture, iam like if we can talk about many perspective of knowledge and i very interested about social enggament.

SCIENCE
1. COSMOS - Carl Sagan
2. Physics of the Future - Michio Kaku
-&gt; What about the future of mankind 100, 1000, 10, 000 years to come, based on the development of science and technology now? Kaku tried to describe future ahead, even intergalactic journey that we see in sci-fi.

POLITICS
1. Political Order in Changing Societies - Samuel P. Huntington
-&gt; About the importance of political institutions in the process of modernization.
2. Upside Down: A Primer for the Looking-Glass World - Eduardo Galeano
3. Development as Freedom - Amartya Sen
4. Game Change (Heilemann, Halperin) - About the American election of 2008. Fun, detail and funny (especially fitting at the Sarah Palin; you do not know how unprepared she was)

1. The World is Flat (Tom Friedman) - Old but gold. A Concise summary of globalization, with emphasis on the 21st century.
2. The Future of Freedom (Fareed Zakaria) - On the concepts of liberty and democracy and how liberty is actually very undemocratic (in other words, just because there were elections / democracy, does not mean all the problems sorted out; sometimes there must be hal2 guns "up to vote ")
3. The Post-American World (Fareed Zakaria) - Fareed Zakaria view of America's role in the world after the post-1989 era of American hegemony began to expire (the rise of the rest).
4. The Trial of Henry Kissinger (Hitchens) - His war crimes.

MILITARY
1. The Two Ocean War karangan- Eliot Morison
-&gt; About the history of the US Navy in World War 2.
2. Carnage and Culture - Victor Davis Hanson
-&gt; Explain the Western military culture as the cause of supremacy of the West.

BEHAVIORAL / PSYCHOLOGICAL
1, The Honest Truth about Dishonesty - Dan Ariely
2. The Upside of Irrationality: The Unexpected Benefits of Defying Logic - Dan Ariely
3. The Invisible Gorilla (Chabris, Simons) - Your brain is fooling you all the time. Makes me question what I think I know.
and many more book from susan blackmore and sam haris and also ivan pavlov

recent reads on the road:
- "The Inheritance of Loss" by Kiran Desai
- "Wings of Fire" by APJ Abdul Kalam
- "The White Tiger" - Aravind Adiga
- "Vagabonding" by Rolf Potts
- "20.000 Leagues Under the Sea" - Jules Verne
- Too many PADI diving manuals...
- "The Curious Incident of the Dog in the Night Time", by Mark Haddon
- "Do travel writers go to hell?" by Thomas Kohnstmann
- 'Out of Africa' by Karen Blixen
- 'Long Way Down, an African adventure' by Ewan McGregor
- 'Las venas abiertas de América Latina' by Eduardo Galeano
- 'Breve Historia del Paraguay' by Efraím Cardozo
- 'Road Fever' by Tim Cahill
- 'Bestiario'; 'Deshoras' by Julio Cortazar
- 'In Patagonia', by Bruce Chatwin
- 'The Gathering', by Anne Enright
- 'Ficciones', by Jorge Luis Borges
- 'Dona Flor e seus dois maridos', by Jorge Amado
- 'The Alchemist', by Paulo Coelho
- 'The Loss of El Dorado', by V.S. Naipaul
- 'Around the World in 80 days', by Jules Verne
- 'The Travels of Marco Polo', by Marco Polo
- 'The Cleft', by Doris Lessing
- 'Orientalism', by Edward Said
- 'The King's last song', by Geoff Ryman
- 'The Trial', by Franz Kafka
- 'Shantaram', by Gregory David Roberts
- 'A Thousand Splendid Suns', by Khaled Hosseini
- 'Kite Runner', by Khaled Hosseini

other my collection ebook : https://drive.google.com/folderview?id=0B1ySOrPxOWJmZGlNTkEtQnlEM3M&amp;usp=sharing

- Founder of The way to Happiness foundation chapter Indonesia : my responbility creating event based from the way to happiness values,spreading the way to happiness booklet to public, and creating charity for helping homeless: location activity in Bandar lampung city , active from August 2017 – Now

- Founder of literacy group “ lampungngopi”, My responsibility is creating platform based calloborative action to promote scientific society through culture of reading and discussion : location Bandar lampung , active from April 2017 until now.

i love sharing and discusion
my pasion is education, psychology, and religion including spirituality, and programing
so sometimes i follow social project like give a food for poor people and also teach poor children.