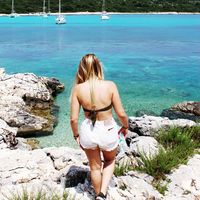 NOT ACCEPTING GUESTS DURING APRIL DUE TO PERSONAL REASONS

"I'm sick of how materialistic, vain, self-centered, ignorant and shallow most people are these days. I want to live among genuine people and talk about genuine things."

having hosted a girl through CS a few years back, I admired her bravery to travel alone and be hosted by unknown people in a foreign country at such a young age, but decided to do the same once in life, which is my reason of being active on CS

- visited Menorca (Spain) in October 2017 with three of my friends, rented a car there, explored the whole island...

- travelled alone for the first time to London in May 2018