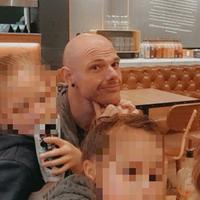 IMPORTANT:
Please use my be-welcome profile:

Due to the way CS now requires credit to even reply to requests this is much safer option. I have raised this with CS admin but it is what it is. Bewelcome is completely free and will remain so.

I am not your typical Beer loving/All black supporting Kiwi, but I am however typical in that I am sarcastic in my sense of humor. We find it endearing. So keep that in mind.

Kia ora, that's Māori for Hi. I do actually use it as a greeting non-ironically.

I am Pākeha(that is a complex term ask me about it), with strong sense of Māori Bi-cultural heritage. Have been flatting in multicultural flats since I left home at age 16.

Have lived in Singapore and Canada/North America(Mostly Vancouver, but also spent quite a lot of time in Ottawa and Toronto the USA Mexico and Brazil) and a chunk of time in Japan and Thailand and Myanmar, mostly for work. I quit for a Job that was less travel so between that and COVID my globetrotter days are mostly over.

You name some sort of political/ethnic/religious/spiritual/sexuality category (or combination thereof) I have probably lived with someone ascribing to/being a member of it at some point.

Only people I don't do well with is privileged, sexist misogynists who are convinced that the way of the world is prescribed in stone. Generally that goes hand in hand with Right Wing Authoritarian types and people high in Social Dominance Orientation; although not always - Did I mention I may have taken one two many post grad courses in Psyc of Gender/Politics and Social Inequality/Multiculturalism? I got over it, took me 8 years in the real world tho.

Diversity in living situations reminds us that ours is not the only perspective. That's pretty much how I go about life. I've got my own opinions - but enjoy being challenged and challenging others.

"Simplicity is the most deceitful mistress that ever betrayed man." - Henry Adams
---

The mother of excess is not joy but joylessness.

IMPORTANT: Please use my be-welcome profile https://bewelcome.org/members/aenertia to make contact. Due to the way CS now requires credit to even reply to requests this is much safer option.

HOW I PARTICIPATE IN COUCHSURFING:

I have met and go out of my way to meet other CS'ers when I am traveling through places.

I've moved on from being 'the' local CS guru to being pretty much relaxed about participation these days. If it suits, when it suits and without drama.

Couchsurfing is a fairly culturally ingrained Kiwi trait growing up, especially in rural areas where I grew up - because you often didn't have a ride back into town (or town was 2 hours drive away).
---
I've hosted or been hosted around the Globe. I've stopped trying to list countries/count or remember all of them.
---
I have been quite active at times doing CS bits here and there and getting it introduced to a wide range of people both in Tourism and Travel and through Academia (as part of my thesis). Once did an interview in Manila for a Magazine article about CS, and am always keen to help out others when and where I can. There is also an Ignite talk I did here :

Many and Varied, but people, cultures, places and languages are up there with Geek stuff.

I have a thespian bent bone; in that I like musicals, dressing up, stage makeup and getting in front of people singing, dancing and showing off. All as part of planned theatrical production; preferably with hijinks and hilarity, of course.

---
Books/Authors:
Cyrptinomicon, Illuminatus, 1984, The Tempest, Neuromancer. --&gt;Lots of Favourite Journals/Short Stories--&gt; Authors: William Gibson, Neal Stevenson, Neil Gaiman, Terry Pratchet, Philip K Dick, Ray Kurziwiel
---
Movies :
Lots of Documentaries, I like Arthouse/Foreign, I am a bit of a Sci-Fi addict at times... Anything with an expansive and immersive background...

Fended school children off at the top of a Buddhist temple in a Muslim country. Bathed a crippled elephant. Traveled through 5 countries in 2 days. Been involved in changing laws in New Zealand. Wrote a Thesis. Built several server farms single handedly from scratch.

Driven through Canada in Winter through Blizzards. Been in 5 different climate zones in 24hrs.

Met amazing people from all walks of life, and shared in their lives.

A friendly ear, and good conversation. Beyond that depends on my Schedule and Time. Sometimes I will be able to ferry you around, do daytrips out and have time to properly manaaki/host you. Other times it will be - here is the couch, key and fridge ; see you around.

Being flexible as a guest and adapting to your hosts life is what I aim for.