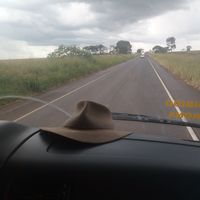 Mi nombre es Agus, pero naci en Mayo
My name is Agus but I was born in May.

Please don't expect me to do or to be something, I am, here, joining a CS community, just to make a friend, that's it. Please respect each others.

I dropped my job at least twice for traveling. However, because of Corona virus, everything was messed up and in 2021, I have to get back to office again. From 2021 until, at least, the next 3 years, I have to reside in Jakarta because my boss hires me, an opportunity for me to grab some cash and then go to somewhere else later.

After everything is going to be under control and normal, and if it were possible, I am going to continue to travel again, perhaps, to Peru, Equador, Columbia, Cuba, Mexico and US before going to South Africa, Mozambique, go to the up to Tanzania, Kenya and Ethiopia, or the other way around.
If you guys have plan to do these similar stuffs, just let me know, of course , we can do as a mate, traveling buddy.

I have been in Asia, Europe, North America and South America. Next I will be in Sub sahara of Africa, the pacific of Australia and Antarctica.

I really like home made banana chip. I, sometimes, make dry breads without yeast. That's really nice and you can eat those breads even after a week.

I play chess, clasical chess and four players chess as well. But my rating is not like Magnus haha, or other GM.
I also play football, not f**king one foot of a ball, in which not even a perfectly round of a ball, but a real ball. However, I watch NFL games on YouTube sometimes. Hahaha.

I don't like to be at mall but rather to be in some parks or outside area.

Please, no judging people, unless you are judge at court.

I like to spend a time outside, I don't visit mall anymore since pandemic.

Nothing great I have been done