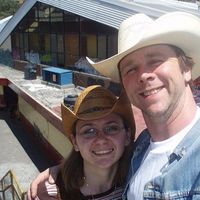 Grew up in Lithuania, live in Madison.
Ralph is native Madison'ian.
Married. Have 2 cats.

If you can't change the situation - change your attidute.

HOSTING AGAIN! After some time away we realized how much we missed our Couchsurfing community! Have really enjoyed meeting other CS'ers, welcoming CS'ers to Madison, Hosting and Surfing. We are back for good! Attending and helping organize local events,as well as attending regional events have always yielded Really Good Times!

Boundary Waters Canoe Wilderness. Try to do it once every year.