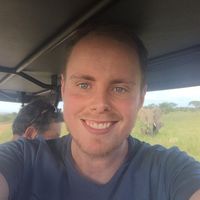 Longtime couchsurfer having joined in December 2012. More than anything I love learning about people and hearing their stories and experiences.

I travel as much as I can . Over 70 countries and counting!

Psychology - My passion and profession! I have my own company in Ireland and when I can I also work overseas.

Travel - I have been lucky enough to travel all over the work between work and holidays.

Music - Before I graduated I used to busk in college. I currently sing, play guitar and a bit of piano.

Politics - I follow world politics a lot especially developments in the US and the Middle East.

One of my favourite memories is attending the inauguration of Barack Obama in 2009. We got the bus from New York and arrived to the Washington monument just as the sun was coming up.