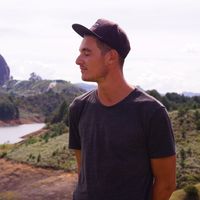 Mountaineer, skier from the French Alps.

Yearly trip in Berlin to get inspired

I started renovating a house, so that take most of my time. when i'm not working in the house, I'm brewing beer with a local brewer. I also like hiking, chilling...

Couchsurfing is such a good way to meet people wile traveling. I'm not always very active but each time I turn the App on, i never regret it! I had so much fun all over the world with CS hope to keep going for a bit!

I also like to host people and show them that awesome place that I’ve the chance to call HOME, the Tarentaise Valley.

Turn a old house in to a nice eco-spot where I could host people and show them around and my way of living in the mountains!

Ski down from the top of Mont Blanc on the Italian side trough a wild valley made of rock and ice! Felt like on an other planet!

I can offer you a beer and some tips about where and what to explore in the valley.