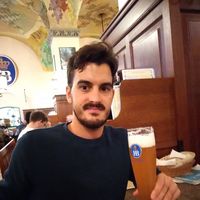 I'm Albert from Barcelona. I am currently living in Norway. I like cooking and brewing. I also like to meet new and different people and learn things from them. :)

I'm travelling around Europe and it's usefull when you have nowhere to go:). Also l like to meet new people.

One of my hobbies is brew beer at home. The other one is cook the traditional spanish dish "Paella".

I have gone to Island :). I have seen the midnight sun!

I can have conversations in spanish language. I can show you my hummus recipe!

Conversations, chilling and relaxing time with me, help in domestic tasks.