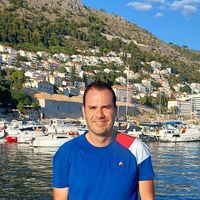 Travel is my passion and I enjoy meeting people from different cultures.

I met two couchsufers in in Hangzhou, China.
I've been to a CS meeting and a Cocktail party in Saarbrücken, Germany.
I stayed one night in Ansart in Belgium after partying in Arlon.
I had a nice tour with two polish girls on Warszawa for EURO 2012.
I had a great weekend staying in Mannheim while visiting Heidelberg and Hockenheim for an F1 race.

Trying to learn French at the moment.

I can teach English (I once was an English teacher), Italian and of course Spanish (mother tongue).

Dinner at a nice restaurant.