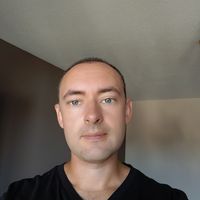 I grew up in the Baltics and Ukraine for the initial part of my life, then moved to U.S. when I was still a child, then to Canada for undergrad and grad school. After many years in N. America, I decided to come back to Europe, permanently moving to Ukraine in 2018. I actually have no nationality or citizenship, but that's a different story.

It's a bit of a nutshell. I can tell in better detail if we meet ;)

Life is what we make of it

I've been surfing around, meeting people in various global locations (whether as a local or a guest), and had the pleasure of attending several CS events. I mostly hosted people at my place in Vancouver -- an experience that was a success!

Without doubt I met a lot of wonderful people through CS, and even rediscovered those I knew before. The connection that CS makes possible for people and places is quite amazing, and adventures it can lead to is a lure enough. Even "not-so-awesome" experiences have been valuable lessons in-themselves, and comic relief all the same.

Books: Brave New World, The Catcher in the Rye, Catch 22, Nietzsche, Candide, Fahrenheit 451, The Prince, The Jungle, Plan of Attack, The Problems of Philosophy, The History of Alexander, The People in Arms, The Middle Mind, Behind the Urals, Достоевский, On Liberty, Liberalism and the Limits of Justice, Толстой, Max Weber, Karl Marx, We wish to inform you that tomorrow we will be killed with our families (actual title), Globalization and Its Discontents, Antonio Gramsci, Albert Camus, Kurt Vonnegut, A Hundred Years of Solitude, Franz Kafka, various other.

The one that readily comes to mind right now (for some reason) is my trip from Namba Osaka to my guest house in Sakai after a night out of Karaoke and drinks. I was cycling, heartily singing the "Lion sleeps tonight" and meeting all kinds of interesting and kind people who earnestly tried to help me get back home in a language I could not understand. Attentively trying to listen to their stories and directions, I much relied on their pointing. By around sunrise, to my own surprise I was able to stumble back home.

I can teach some cooking and I like to bring up random things from psychology, philosophy, and history. I can also show how to make origami boat that can transform into a muppet frog!