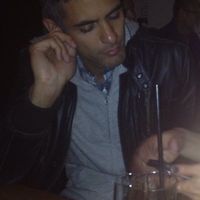 Hi, I'm Alex! Sorry my profile is long but if you come to my place, I prefer you to know a bit who I am...

I am in my 30's and not at all 18, as written on my profile! I don't know why it's written 18, probably because I did a mistake while creating my profile so if anyone knows how to change my birth date please tell me because I can't find it on "edit my profile"... (I am not really a genius with computers... yeah that betrays for sure that I am not 18!). ----- this part is not up to date anymore but too lazy to change it now ----

But anyway, sometime I act as if I was 18 so it's not really a problem if I don't change it! While some friends buy fancy cars, have mortgage to buy houses and talk about boring things while drinking expensive wine (and thinking they know shit about wine), me on my side I prefer to skateboard, ride my bicycle, travel and sleep in youth hostel to meet people like me. I am trying to be genuinely myself and not shaped by any cultural/social codes that push you to be in a certain way or another. I stayed young at heart that's my definition of freedom.

I studied medicine and specialized in psychiatry and psychotherapy. I work as Jungian psychoanalyst and I emphasized in my practice the connection between psychology and spirituality. I am doing a training in Chinese medicine too and I am fascinated by Chinese pharmacopeia. Another of my current interest is psychedelic/entheogenic medicine, which is the the use of psychedelic substances to heal people. Of course I am not talking about taking party drugs to have fun (even if I am for the legalization of drugs and I don't care if you take party drugs) but about drugs, and mostly plants that have been sacred and used by traditional medicine for thousands of years, that have been studied scientifically and proved efficient to cure many diseases, especially psychic ones. Unfortunately, they are illegal in most countries and medical research is thus difficult, mostly because the pharmaceutical lobby is so powerful (and because it's not in the interest of governments that people open their consciousness!)

I have my own private practice now and I have the chance of organizing myself my schedule so it gives me the opportunity to travel even more and almost whenever I want.

I don't believe in nation state (we all live on the same planet), I don't believe in clash of civilization (everyone is the product of a mixing of different civilization), I don't believe that much in politics today (or better say I don't believe at all at any politicians today), don't believe much in institutionalized religions but don't deny the powerful effect it had on culture and civilisations and I don't believe in sexual orientation. For me humans are simply sexual and not "something-sexual", meaning that I accept anyone orientation but not in the "woke" sense of the term, sorry but changing every week your identity sounds to my old ear more as confusion than fluidity. To say it differently I believe in always evolving local identities and cultures but based on solid traditions that should be respected, I believe in the truth and sacredness of any individual human's religious experiences and in the fact that on the broad and ever-moving spectrum of sexuality, we can have preferences. I dislike any labels people tend to create nowadays to identify themself, in the name of tolerance/freedom, but that eventually ends in the exclusion of others. My identity is my identity and if I believe in it I don't need to shout eat in other peoples ear. To put it in a nutshell: I am young enough to believe in having rights, but old and experienced enough to believe in having duties too.

Because it's a question many people have and because I am frank and straightforward I am gonna say it: yes I've already had sex with couchsurfers and I am sure many did the same even if they are afraid to say it. It was all the time willing and beautiful sex and I don't think it's a problem. The couchsurfing philosophy is about bonding and I think sex is a beautiful way of bonding. I never flirted with couchsurfers or ask them to have sex with me because that's not my goal at all (I don't need couchsurfing to have sex! CS is not Tinder we all know it!) and I don't think couchsurfers usually have a hidden sexual agenda but sharing a bit of your life with people can bring to sharing sex too, and I think that it's beautiful. So again to be clear, I am not going to flirt with you if you come to my place, I am a gentleman but I just wanted to be sincere about my CS experiences (just check my references if you're worried).

I hate, I really hate Facebook, Instagram and all social medias. I hate, I really hate television (felt it was crap and stop watching it 15 years ago). It really makes people stupid, frustrated and hateful. I hate, I really hate Kim Kardashian and all that kind of stupid useless people who are made famous nowadays. I hate posh people too who feels superior because of whatever they have. And I quite dislike people taking selfies with a selfie stick or making duck face on pictures. Well I guess you got the idea.

I am quite a geek. I wrote a heroic fantasy graphic novel too few years ago and I was sure that I would become world-famous and as successful as J.K. Rowling... I'm still trying to find a publisher... (I swear it's brilliant!)

I am very social, very open minded (so original on CS) and I love to share things with other people. I have a lot of friends all over the world and in Geneva and I love them. I love my friends, they are everything for me.

I am very welcoming too and I think hospitality is sacred. As says the arabic proverb: "a guest is always sent by God".

And last but not least, I think I am an humanist. As said Terence: "I am human, and nothing of that which is human is alien to me". (He was a freed slave and I think it's indicative, humanity makes us free)

And last but not least, I would describe myself as a “Neo-Ishrâqi-Malāmati" (maybe I will explain you what's that if we meet!)

Oh my, I am getting to serious here... Don't worry if you come to my place, I am a fun guy!

I love to travel and to connect with people from other countries. One of the reason is my passion, since my childhood, for learning languages. I think that travelling is one of the best way to enlighten oneself so I would be stupid not to host people following that path. On the contrary of what we see every day on television, I think the deep nature of human being is loving and peaceful and the more we connect, the better the world will be (yeah I know it sound a bit utopian and naive, but still I think it's true). Letting a total stranger stepping in your life is the perfect proof to warmongers that people in general don't want to kill each other but just want to communicate and love each other. As said the great Bob: "One love, one heart, let's get together and feel alright". Nice and kind people of the world, we have to unite!

Knowing that, you will understand that I won't host someone simply looking for "cheap accommodation" or a "free local guide", I want people who genuinely love to connect to other people because that's the spirit of couchsurfing, or it would become couchbegging. And following the same idea, I will probably not accept guest who don't have a detailed profile telling who they are, again we are here to really meet each other. And of course I will totally ignore a friend request on CS of a total stranger I have never speak with and yes I have some friend request of strangers (people what's wrong with you?)

Sorry but I will probably not accept a guest who has written on his profile that his main interest is "car", "economy", "business", "marketing", "instagram", "football" or some others too. I am admitting totally that it's a huge prejudice I have but well I have it.

If your an agressive PC millennial crybaby, sorry but don't make a request. As I said I am very open minded but still I'm generation X and I don't care about the weird pronoun that you use. Of course that doesn't mean that I won't accept someone from this generation, but not an activist one. Live and let live.

And I have a dog so you have to like them. I don't trust humans who don't like dogs but I trust dogs when they don't like humans!

Obviously travelling and socializing with other people
Languages
Kendo (I've been practicing for 18 years with some breaks) and Martial Arts in general
Japan and China (I've been there more than 20 times!)
Yoga (practicing Ashtanga)
Skateboarding (we have a cool skate park in Geneva)
Pimping my bike (but I am NOT a hipster!)
Cinema (got a super cool projector to watch movie just in front of the couch!)
Books (I think I spend at least 2-3 hours a day reading)
Japanese animation and manga (yeah a bit of a geek as I said)
Graphic novels, mostly the french ones
Jungian psychoanalysis
History, especially ancien history
Philosophy
Mysticism in general, Sufism in particular
Dogs
etc...

And I love Nirvana, The Doors, Red Hot Chilli Peppers, Soundgarden, Rage Against The Machine, most of the rock band from the 90's (I kind of got stuck in the grunge era), older rock, old school hip-hop, and many more....

Star Wars the old one!! All of Miyazaki's movies!!! And more serious stuff (love italian and iranian cinema). Movies are like books, I have tons of them and I watch almost every day a movie. I love very different sorts of movies, from american blockbusters to "auteur cinema". But I like movies with very little CGI.

Too many to say but as essay authors I love Carl Gustav Jung, Henry Corbin, René Guénon, Aldous Huxley, Terence Mc Kenna, Pierre Rabhi, and many more...
In literature, I love most of the french classics and Amin Maalouf ("Les Jardins de Lumière" is one of my favorite book ever), Albert Cohen, François Cheng, Yukio Mishima, Leo Tolstoy, etc....

But sorry I'm ashame but I have to say it: I hate Balzac and Proust...

- Travelling to Japan in the early 90's when it was still "going to the other side of the world in a amazing mysterious country" (yeah no internet...)

- Travelling in the Spirit World with Ayahuasca

Watch the documentary "From Neurons to Nirvana"