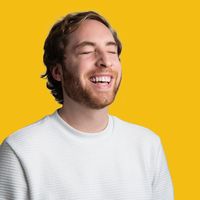 Person who can get along with just about anyone, but always searching for the very special pearls of people who I can't fully understand. Onwards forwards! Queers, women, and people who volunteer to help cook and do dishes to the front!

Trying to give back more than I've received.

More than one amazing things I have done:

Explored an abandoned uranium mine at night to collect fluorescent minerals.
Hiked Yosemite.
Caught a 18lb muskie in Northern Ontario.
Got stuck on a mountain on Vancouver Island.
Ate too many chicken hearts in Sao Paulo.
Met natives and stayed in the Orinoco River delta in Venezuela (1 hour flight from Caracas, 2 hour drive, 3 hour boat ride).
Watched the sun set from Montmartre.
Climbed the Great Wall of China.
Ate seal flipper pie in St. John's, Newfoundland.
Went to Israel expressly to eat hummus.
Hiked around the Matterhorn.
Drove the entire west coast of North America from Vancouver to Tijuana.
Camped on top of a mountain in Big Sur.
Cofounded a mining technology company.

Somehow insert the word "trout" into your request - even if you don't like trout - just a test to see if you are reading my profile ;). Sorry I have to do it...

A new eye on your old city.