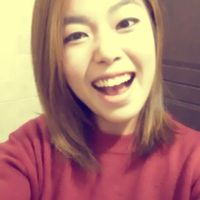 New in Dublin!
I would love to make some friends :)
Coffee, tea, casual drinks, casual sports, or any type of hangouts!

I like traveling a lot and travel every year. At first, I used to stay in hostels. Of course hostels are good to stay and meet others too.

But after the first surfing, I found out this is what I've always wanted from traveling. And till now I'm still doing this project and I'll keep doing it!
It's super awesome!

I've been surfing many times in many different places!
Everyone I met was really nice, funny and friendly!

and
Peace of World ;)

Movie-
All kinds of movie except horror.

Music-
All kinds of music except metal.
(these days, i'm fell in love with Katzenjammer which is norwegian band!)

I've been to 40 countries around the world, mostly all by myself. And I've seen amazing things and amazing people every time when I visit somewhere.

That's why I love traveling. You'll never see this kind of things and people if you're at home eating chips and playing games ;p

Because of the experience my personality's been slowly changed to be opened and adventurous.