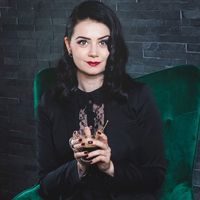 I am Aline, a young woman from France.

I grew up in the wild French countryside, running all day in the forest, building a wooden palace and throwing snow fights. My parents have transmitted me their wanderlust since they have been travelling a lot around Asia in their twenties.

I have studied literature in high school. I graduated from University with a Licence in Applied Languages in English and Arabic in Clermont Ferrand. Then I continued with a Master in Cultural Promotion and Management in Grenoble.

I have spent one semester in Limerick, Ireland in 2013. It was the start of a beautiful love story with this rainy island. Ever since, I came back several times, visiting new parts of the country. I came to India in April 2016 where I first spent two months teaching French and learning Tibetan in Dharamsala. I moved onto Ladakh for four incredible months. I have first opened a French creperie stall on streets of Leh, then I randomly became a trekking and cultural guide.

After 2 incredible years between India and Nepal, making lifelong friends and wandering between the highest peaks in the world, I went to spend a year in Australia.

I am now back to Europe where I will settle for about a year in order to focus on my freelance writing business. I am taking short trips here and there but nothing ambitious until next year.

I am quite easy going and always up for new experiences.

" If you think Adventure is dangerous, try routine it's Lethal "
I want my life to be always in a movement and going forward. There is so much to learn, so many people to meet out there.

Having the opportunity to meet up with locals and with open minded people is a class way to travel. Maybe the best !

I would tell you that I listen to everything, my musical tastes go from Municipal Waste to Ravi Shankar, from The Beatles to M.I.A. I love the deep sound of the guitar, I love sharp rythm of old school hip-hop. If i had to have favourite bands it would be The Clash and the Wu Tang Clan.

Music is a big part of my life. I have always been around the alternative music seen wherever I have lived. I got the opportunity to be president of a four days festival last year. It was tough but a very amazing and rewarding experience. In Limerick , I was working for a radio station. I got my own music show for several months. In Belfast, I was working for a music booking agency. I organised several gigs with local musicians and learn a lot about the musical environment of the country. I helped organising gigs in Nepal and Australia as well.

For movies and books, the topic are pretty much similar. I am interested in thrillers, detective stories, sociology essays and biographies.

Hiking alone to Mt. Everest
Meeting H.H the Dalai Lama
Creating a monastery museum in North India
Helicopter in the Himalayas
Bike roadtrip in the Great Ocean Road with a vontage Kawazaki

I can share long conversations on various topic, I love hearing what people have to say. I am always up for a nice gin &amp; tonic and a good laugh.

If you're lucky I can bring some specialities from the country I have visited before and make you fall for them !