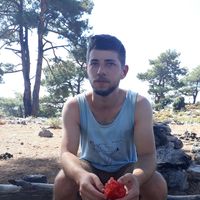 Always a needle in the side this one is.

Surfed in a few places while traveling. It was great, and now that I have my own place, I host from time to time

Anything interesting really...
I study, I play volleyball, hike, camp, build wanna-be-useful stuff, hands on work, Play the flute and the piano...

Movies - Almost all kinds of movies. Reservoir dogs, 12 monkeys, naasuca and the valley of the wind, Dallas buyer's club, Singing in the rain, Hedwig and the angry inch, Black fish, kings of summer.

Music - I like just about anything between rock and classical music.

Books - Not much of a book worm, but I have read a couple of Bill Bryson's books on my travels and the guy is great! Read a fantasty trilogiy called the "The FIrst Law" which was prettty awesome. Last one I read was Catcher in the Rye which I enjoyed a lot.

Ahh thats a hard one. Im going with a vivid memory from a 6 days overlook over Sinai. Every mornning we would witness the clouds beneath us reflect the clear blue sky to look like a quite, still, lake awaken by the dawn.

I like to teach and share, so anything from math to knitting I suppose.
Also, I'll be happy if any guest would like to put in some input into one of the current projects.