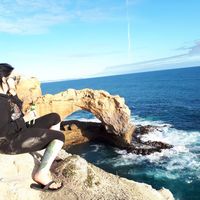 I want to first say, that i am not vaccinated, for anything. I dont go to doctors or hospitals, i dont take medication, and i dont put needles in my body. If this bothers u, please decline. In the last 15 years, i have used plants to heal everything. If u r still interested.....

Hello!! I am so thankful that a friend recommended me to try couch surfing. Hostels and couch surfing have opened up my eyes and changed life for the better. It's helped me realize that there r actually more good people in the world than bad. I am extremely passionate about life.
2019 taught me that i really like being in the open sea on sailboats.

Ps: if u have cats, i will be especially excited about being hosted by u.
My cats stay in Missouri, with my family. So no worries if u r allergic, they will not be in key west.

To spread the love of the world!

I love music! Metal, alternative, punk, emo, anything rock. Not fond of rap or hip hop.. my favorite bands are Bullet for my valentine, Metallica, goo goo dolls, pink floyd, rush, breaking Benjamin, Shinedown, 3 days grace, avenged sevenfold, linkin park, good charlotte, volbeat, smashing pumpkins, blink 182, guns n roses, and a whole lot of others.
I actually never watch movies or television. I can think of a million and one better things to do than stare at a tv screen.

Moved to another state and left everything behind to start a new life as a minimalist and traveler.

I can teach u how to shotgun a beer, if u dont already know.
I can show u how to open beers with many random objects lying around.
I can teach u how to make the most fabulous veggie stir fry.... And if u can handle it spicy, even better.
But seriously, if u want to impress me, lets cook something extremely spicy together!

Vegetarian meals and photos of my cats .....lol:)