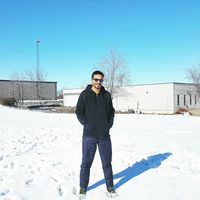 I'm a 30-year-old Indian guy. I have been travelling a lot in India for the past few years. I have been to almost every state in India. So you guys can contact me if you need any information regarding India.

Because of my job I had to travel a lot and before moving to Germany I have lived and worked in different countries. I have lived in China (1 year ), the USA (1 year), South Africa (4 months) and Mexico (4 months).

I met multiple people via CouchSurfing in China. I even created a group on Wechat (Chinese's Whatsapp/Facebook) for all the active members there and we had meetings too.

Now I have got another job in Germany and I plan to stay and work here for a few years. I would like to explore Europe as much as possible.

So ping me if you need a partner to explore a new City/Country! ;-)

Because it's always good to have a company anywhere you go and i like making new friends and learn something new from them! :)

I'm Basketball player. Apart from that I like watching Movies/TV Series. I'm also a Coin/Stamp Collector.

I like Sci-Fi movies a lot. Also crime/drama genre.

I had never travelled alone in my whole life. Never ever! And then I went to China for work and there I decided to travel alone to Beijing, Shanghai, Dalian, Harbin &amp; Xi'an. Which in fact was a really good experience for me since I can't speak Chinese. So it was kind of an adventure to travel alone without knowing the language or anything about the country! :P

And I did make many friends during my trips. :)

I live in my company's apartment. So it's impossible for me to host someone. But if you want, I can accompany you around the city whenever I'm free.