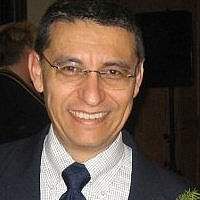 Just to share and meet people from around the world

ABOUT ME
I left the States in 1988 to explore the world by working on cruise ships, which I did for 14 years. That was great! Loved it and stay in touch with loads of shipmates to this day. Then I had a coffeehouse in Vilnius, Lithuania for a couple of years. I learned a lot by doing that, and I still have that itch to bake or cook for others, especially Austro-Hungarian dishes/pastries. And for 15 years, I have been lucky enough to teach and live in several countries - Japan, the USA, Turkey, Belarus and Ukraine. It`s been an interesting ride so far. Occasionally, I still host a "cookshop" in my kitchen to share recipes and good times with a few guests here in Lviv, Ukraine. UPDATE: I have been away from Ukraine, just watching the war and considering options. I am returning to Ukraine in late May to find a flat for long-term rent. I hope to be able to host others.

You have to leave home to understand it better. When people ask me what I`m doing in their city/country when I could be in California, I say that the border of my country is simply the gateway to exploring, the jump-off point, not the end of it. Especially as a former mariner, I think this says it best: "A ship in a harbor is safe, but that`s not what ships are built for." Excellent.

I`ve hosted almost 50 visitors, and I`ve been hosted in Ukraine, Hungary and Austria. I've given pastry baking demonstrations/lessons at my flat for some CS'ers, and have joined them in their homes as they demonstrate their own family or regional recipes. How fun!

My guests brightened that one summer when I hosted them one right after another, all 50 of them. I mean, it was like watching color TV suddenly because I realized it was like the adventure of traveling while staying home. I love hosting, meeting guests and some of them have stayed in touch or I have visited their cities and we have met up again to catch up.

Cafe life
Austro-Hungarian baking (cakes, pastries)
Cooking - Japanese, Chinese-inspired American, Mexican, Austrian, Hungarian
Traveling.
Playing with my cat and all street cats, even if I am going to be late
Helping foreign visitors.
Reading the news a lot for my lessons
Films - foreign and documentaries.
Sharing culture.
Education.
Listening to music.
Maps.

I sat upon a narrow section of the Berlin Wall the week it was being dismantled, straddling both sides, taking photos of people who would come up and want a Polaroid instant phot of themselves doing the same thing. It was 1989. Nobody had expected the Wall would come down and everyone was floating between joy, apprehension that it might suddenly end, wanting to spontaneously greet everyone around and embrace that moment in history.

I can teach you how to bake some pastry or other. Or refried beans, salsa and flour tortillas. Or okonomiyaki, yakitori or other Japanese street food, some Chinese-American dishes like General Tso`s Chicken, Honey-Sesame Chicken. Or Austrian Salzburger Bierfleisch or Gulasch.

I`m curious about your culture`s culinary traditions and the culture in general.