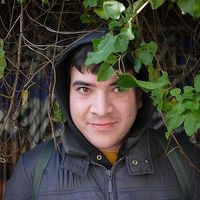 Taste more good craft beer from around the world!

This human being:
My sense of humor can be extremely childish, but depending on the chemistry i have with people i meet, it will of course turn out in different ways. If i start talking about excrements and bad word puns, you must have reached the true me. But otherwise i usually get along with most people, although too shy people also make me become quiet.
I graduated in Social Work studies, but have tried to educate myself in as various areas as "Journalism", "Tibetan language", "Japanese language" and "Film history". But finally i found my thing as a Social Worker.
If you wanna ask if i am religious, then i must say that i am mainly an atheist, and proud of it. I was raised to be a buddhist as my mother is from Thailand, and in a sense i think i combine atheist principles with elements of buddhist teachings...but basically i believe that humans are responsible for their own actions and should not blame it on other imaginary forces. But i respect what other people believe in, as long as they are open for discussion and are not preachy about it.
I love to walk or bike. Not crazy about public transportation except if needed.
Cinema is a lifelong passion.
Beer is tasty. So is tea. Still mostly i drink water.
Good food is better than cheap food. I love trying out food from all over the world, and has a special relationship with asian cuisine, especially thai, japanese, and korean.
Respectful towards people, but to a limit. I love to discuss things or just listen to your stories, as long as you are also a good listener.
Read books when i have time, i have heard about most known writers, but only read few of them. Love factbooks and weird research literature.
Spend a lot of time reading news from all over the world, and can remember loads of weird news stories.

Only positive ones so far.

Why narrow it down...

I am very knowledgeable on the world of cinema history, but of course there are still loads of classics and great movies i have not seen yet or heard about.
Movie directors i love: Stanley Kubrick, Akira Kurosawa, Lars Von Trier, Dario Argento, Fassbinder, Fellini, Jodorowsky, Cronenberg, Werner Herzog, Wong Kar-Wai, Ratanaruang, Almodovar, Sergio Leone, Lucio Fulci, Bela Tarr, Tarkovsky, Roy Andersson, Bernardo Bertolucci, Godard, And many more :-)
And there is especially one b-horror movie i must emphasize: "The Abominable dr. Phibes", starring the great Vincent Price.

Books: Dostojevskij, Paul Auster, Haruki Murakami, and V.S Naipaul have left some kind of impression on me. But i am still mostly a reader of long journalistic articles or stuff by Noam Chomsky, John Pilger and others who give their alternative view on how the reality of this world is.

The birth of my daughter Lumi (september 2015), best moment of my life.

Living in Japan, Thailand, Sweden, Finland and Slovenia. Has broadened my view of what the world is all about.