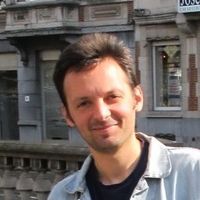 I grew up and lived in Greece until 2016, when I went to live in Southampton, England, for four years to do a PhD. Last year I came to Krakow, Poland, to work as a researcher. I am looking forward to meeting people from around the world.

I joined Couchsurfing with the perspective of meeting people.