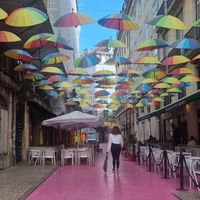 I was previously on Couchsurfing from 2008 to 2011 with the majority of my experience being a host. I can't remember my former account details to save my life so I have had to create a new one!

I hosted in Yemen, Turkey and South Korea and met many interesting people.

I have since surfed in Brazil which has an amazingly active and friendly CS community. I love Couchsurfing for simply what it does... Connecting people on different paths.

Embrace every opportunity to know and be known by someone else.