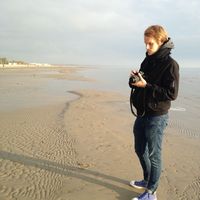 Part architect. Part activist. Part amateur theatre guy. I grew up in a suburb that looked like lego blocks. I'm pretty social, for a finn at least. That's not all about me, but hey, a start. I want to be acceptant enough to be able to figure out as many and different people as possible, but i also want to remain idealistic enough not to sell my personal revolution short.

I started with the Hospitality Club a bunch of years ago (username atv, if the site's still there) and through these two networks have hosted and been hosted by a bunch of amazing people from all over the planet. CouchSurfing can go pretty superficial too which i don't exactly love. Luckily everything that used to be good with CS is pretty much still there if you look for it. Not a single bad experience so far!

It apparently took me five years to answer this question. Whytf is it compulsary anyway?? I do try to share stories of amazing moments to the best of my ability when we meet. Also I'm sure there'll be myriads more.