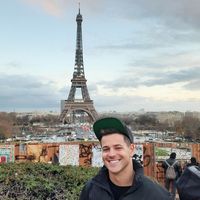 ABOUT ME
I'm a bit of a nomad ( captain Jack Sparrow)....although I prefer large cities because people there are more open-minded, because it's more adventurous and feels anonymous.

HOW I PARTICIPATE IN COUCHSURFING
When I'm not up doing euro jaunts and adventure travel, I try to put together for CS guests a comfy bed in a separate room.

I starred in a leading role on a reality show in Ukraine. The airing was in August 2020, and if needed I have a photos to prove it :)

How to cook red meat 🥩 drink whiskey 🥃 and smoke a cigar

When I am hosting myself what I hope to get from my guests is good company. So I hope I can offer that to any future hosts. I love preparing meals as a way to get to know new people and learn about culture.