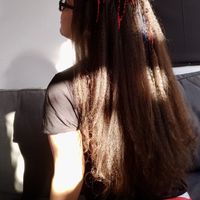 It's been a decade since I signed up on here! My first time CouchSurfing, the friends I was traveling with and I were shocked when we met our host and realized we were staying in a squat with the doors sealed shut and had to climb through the windows! A couple of my friends were so uncomfortable, they wanted to take the train back home instead of waiting for our flight, but I continued CouchSurfing. I now have a wealth of stories, including plenty of bad ones, but also some really good ones. When I moved the next year, my first friendships were made thanks to this site and those are some of my closest friends today. Several years later, I saw my health decline and became homeless and it was thanks to CS that I found places to stay instead of ending up on the street.

For all of that, I am grateful, which is why I was open to paying a membership fee. But I was under the impression that it was a one-time thing. Now that I've been billed a second time and warned I'll be billed again this time next year, I've decided it just isn't worth it. The site itself has gone downhill since being bought out and it's attracted far more creeps as it's gained popularity.

But you can find me elsewhere!

My first official couchsurfing experience was during my Erasmus semester when I boarded a Blind Booking flight (where you don't know exactly where you're going until you've confirmed the reservation) with German, American, Korean, and Japanese friends. Once we arrived, we discovered that our host's home was an abandoned building, filled with squatting, dumpster-divers. It was such a shock to the five of us that we chose to stay together in one room. The only room big enough for us all had been sealed shut, so we had to climb in through the window. It wasn't the best experience at the time, but it clearly makes for a good story and I might be more open to it now, given all the experience I've had since, or would have been then, if I had known ahead of time what I was getting myself into.

My last "voluntary" couchsurfing experience was in Marrakech. It was my first time going someplace I'd never been, all by myself, where I didn't know anyone. After some uncomfortable situations the time before that in Barcelona, that I didn't want to be put in again, I was very nervous, but I found a wonderful host and had an amazing time.

After that, I began "involuntarily" couchsurfing after losing my job and getting evicted. I was lucky enough to find people willing to host me for weeks at a time, but it was overall a very stressful experience, because I suffer from a few rare, chronic illnesses and it's gotten to the point now where I can only tolerate a handful of foods and am so weak that I only just barely manage to make it to the store and prepare my meals. After about a week of hosting, you really need your space and many people find my diet strange and like to form their own opinions about what's wrong with me. Still, I'm eternally grateful to each of them for helping me get through such a tough time and hope someday I can repay them somehow.

In the past, I worked as a teacher and caring for children, while living abroad and learning languages. I moved from Germany to France to learn French, because I wanted to be an interpreter. Now, I'm considering going into medicine instead, because there are so few doctors who specialize in my rare diseases. But my first priority is obtaining some stability in my life. I have lots of idea, but most of them haven't worked out yet. If I reach out to you, it's because your city is a part of one of my plans. I've reached the point where I've learned you really shouldn't put all your eggs in one basket, so I'm trying everything I can.

I also enjoy writing, photography, and swimming, when I'm feeling well enough, and I have a youtube channel focused on raising awareness and understanding for my people with invisible, chronic illnesses.

I jump on almost any opportunity to travel, meet intruiging people, and learn bits of various languages. But I am a bit shy and need to time open up so I really love when cool people approach me.

I believe in making the most of the little time we have without acting in ways that may unnecessarily shorten that time or infringe upon the ability of others to do the same.

I am looking to meet interesting people in whatever city I happen to be in at the time. I also host when I'm living alone but at the moment I'm not. And of course I like to surf when traveling.

Pretty cautious at first but despite having a shocking first experience I kept at it and had several enjoyable ones both surfing and hosting.

Mostly just whatever my most recent discovery is.

Every trip with friends during my semester abroad was unforgettable.

Stories about all my crazy misadventures and very colorful past.