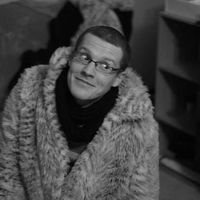 Can teach bike fixing and sailings,
Would like to learn everything else,
Can share what I have

Food and bed, not necessarily good conversations though