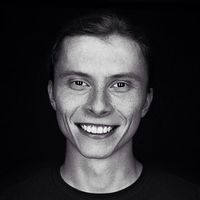 Here is my facebook https://www.facebook.com/art.safon
I've just moved to Torino, Italy for 3 years to study Music, Cinema, Performing arts and New Media at the University of Torino.

Some short bio:
– during highschool: 4 years playing ice hockey, 3 years boxing
– during university: played in student shows, volunteered in 6 workcamps in Europe, volunteered in Sochi 2014 Olympic games, worked in a call-center in a bank.
– after uni: worked in a digital-agency as a content-manager and translator
– volunteered for 1 year in a social center for immigrants in Lecce, Italy.
– had a 4-months course of contemporary art. As a result we've organised a final exhibition, where I was having a role of curator.
– worked at Platonov Arts Festival 2017
– moved to Moscow to work at contemporary theatre festival Territoria
– worked in a cultural department at the Swedish embassy promoting Swedish culture in Russia
– in summer 2019 worked as a summer public programm's producer at Strelka Institute for Architecture, Media and Design

I want to meet new people and try to become a local in every place I go. (and may be become your friend too).

emmm, once washed my hair with a dog-shampoo.
I'll tell you more stories, when we meet.

I love to open up myself to a new person. The best is when it's mutual.
Emotions and the moment are things that matter.

My time and my energy, I always do my best to make people around me feel comfortable.