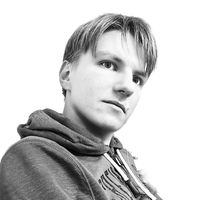 Hi! I'm a guy from Belarus. In the past few years, I've lived in a bunch of places. Worked in Germany for a year, spent a month in Australia with friends, went on a trip to Japan, a programming conference in India, etc.

Currently I'm living in Krakow, Poland. My dream is to move to New York. Maybe next year!

I love hosting people! Evenings are more fun when there's somebody around; I love helping people; and my life becomes richer when I meet strangers, too.

I mostly listen to
— rock (classic/indie/etc),
— anything with piano or violins or both,
— jazzy things,
— and occasionally electronic-ish things.

The last movie I've seen was The Work (a documentary about group therapy in prison), and it was surprisingly good. Lars von Trier's The House That Jack Built was cool. Also — Hamilton was cool! I really like musicals in general.

I love British panel shows, and classic sitcoms like The Office.

I mostly read non-fiction nowadays. I have a detailed history of the US Constitution lying around. In the last year, I've probably read more psychology books than all other categories put together.

I went on a picnic to some remote place with my 50-year-old Uzbek roommate, everybody (but me) got drunk, I literally ran away at midnight AND CAUGHT THE LAST BUS AND SURVIVED. Yay.

^ This is like five years old! I wrote it when I created this profile, and completely forgot about it. Alright, it can stay then, even though it's not the most amazing thing I've done.