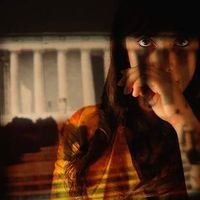 I'm a starving artist. I love animals and most people.

I only host occasionally. It has to be a pretty special circumstance... maybe you were my mother in a previous life or we both love pasta alla Norma. In general I'm more likely to host artists, scholars, musicians, farmers, Buddhist monks and people close to my age.

I tried to ride a horse across America

video editing? Let's write a song together. Let's ride horses into the sunset.