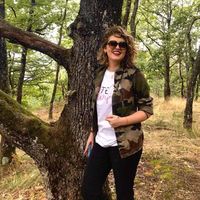 I'm a French engineering student.
Because of that, my English level is not really good, but it's not a problem to create some link with other people. Because I love travel and meeting different peoples with passions and cultures other than me !
I'm very curious, and that fact conduct me in a lot of strange adventures, I did the army in the air forces, a lot of différents sport, music, I stopped studies during 2 years when I had 15 for discover France and différents people. (And party, shit !) now I have 23 and I move out approximately all years because I can't stop moving !
I would like to be bilingual but it's very difficult for me, so I try to speak English the more I can !

PHILOSOPHY
Became the person you would dream to be

Since my friend had showed me this application, I think it's the best way to meet some peoples and understand the Life in the country that I would Like visiting :)

COUCHSURFING EXPÉRIENCE
Summer 2016: I travelled with a friend and his cs through to the east Europe
After that, I was going alone by the north and I created my own couchsurfing at this time.
Summer 2017: I'm traveling by the north with a fiend, sometimes by cs, sometimes by tents it depends

Techno music, a bit French rap and Californian rock, CLASSIC
Books: all the Schmidt books, philosophy, HARRY FUCKING POTTER, Sartre, Camus, science book ++, I read everything but especially the classics
Not a lot of movies 'cause I don't watch the tv.. but fight club &gt;&gt;&gt;
Art: Théo Gosselin, Magritte

Carbonara Pastas ?
My trip through Europe last year had a lot of nice adventures.. it was the first time I used cs and it was so crazy for me to see how many people could be nice