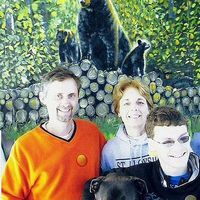 Ichi-go ichi-e ("one time, one meeting")

host when schedule allows; not much travel for me lately

dinner and drinks with many surfers in Japan - where only three actually from Japan. attended a surfer's birthday party! hosted several travelers

crewed a tall-ship - the Picton-Castle