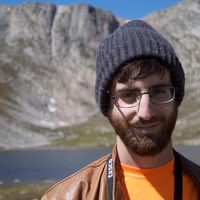 I biked from Ottawa to Halifax in the Summer of 2016 and couchsurfing made me a lot of friends and kept me in shelter away from the wolves and bears on most nights. Upon my return home I was able to repay the favour to some guests coming through Ottawa but I've again found myself travelling without a home.

Biked solo for a month from Ottawa to Halifax ~2000km

Gave away just about all of my possessions, drove across the US to the west coast, flew to Australia, and continued the adventure