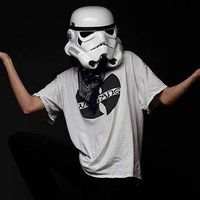 I used to live in London.

I play guitar in some bands.

I play football on the weekends.

I have a dog named Django.

I love it. I have surfed and hosted numerous people and loved every moment with every individual.

I enjoy traveling, sports, eating, drinking beer and hanging out with my friends.

I sing, play guitar, bass, drums and try and play a whole lot of other instruments.

I'm a musician so I like most music. Listening to Meshuggah, Kendrick, Turnstile and Wetleg at the moment.

Last show I binged was We Own This City and my favourite TV shows are The Wire, (old) Simpsons, Curb Your Enthusiasm, The Sopranos, Seinfeld, Futurama, Louie.

I enjoy good writing in TV.

I read a lot less fiction than I should but I enjoy writers like John Steinbeck, Truman Capote and Cormac McCarthy

- Eaten Acid in Japan
- Paris during France's World cup win in 2018
- New York for New Years.
- Kayaked rivers in Bali.
- Football games in Barcelona.
- Caving in Vietnam
- Brazil for the 2014 World Cup.
- Weddings in Hawaii
- Traveled from the West to the East coast of North America.
- Floated down Venetian Rivers.
- Fought in a Thai Boxing Ring.

Most people are awesome so let them pass out on your couch.