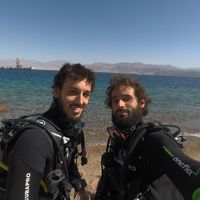 I traveled in Asia and Europe between November 2016 and February 2019. Currently playing traditional Breton music in a French Navy music band

I'm on Couchsurfing because I wanna meet people from the countries I visit, to learn how they live, exchange, eat, laught, dance...

I went two weeks on the Hermione (tall ship) from New York up to Boston.

Did the Annapurna trekking circuit, 16 days, in nepal, on my own.

Dove with sharks, turtles, in shipwrecks and many other

We could share about a lot of different things.. I like to learn, whatever subject.
I can make french crepes