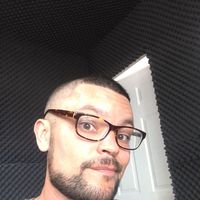 I want to connect me with other people from other countries, backgrounds and cultures, I love to experience that. Mi casa es tu casa!

I am 35, love to travel, have traveled to 87 countries, lived in 17 on 4 continents, speak several languages, consider myself to be an open, flexible and easy on going person. Want to discover the world and to create friendships and to learn from all the people I meet.....
As I said I want to meet people and especially open people from all over the world. I want to travel and live!!!!

"We have to be the change we want to see in this world. " Mahatma Gandhi

Well, I have host several people and stayed with several people that are now friends.
At the moment I am in Mexico and traveling a lot, so I can spend also time with a coffee....

Its a great application and project that brings people, cultures, languages together. I love it....

Wild animals in Africa!!! Meeting people from all over the world. Learning different languages, reading literature from all cultures, travelling....
Discovering humility, spending a week in Calais refugee camp without speaking Farsi, Pushtu or Arabic, traveling by foot from Belgium to Scotland, traveling almost all the Iberian Peninsula by bike, going el Camino de Santiago de Compostela, staying in an ashram in India, spending time with shamans in Mexico, living in a peace community in Colombia, working as a peace observer in Zapatistas communities in Chiapas, meditating in a Buddhist monastery in Asia, discovering Vipassana meditation in a 10+ day meditation retreat at a meditation center, having published poems, books, articles, having participated in some movies, running marathons, triathlons and spartans race (crossfit) in excellent times that I am beating now and much more....

I can teach and learn, I want to do both, because both is one way of leaving, it belongs together. I can teach languages, experiences etc. and want to learn also of course...

Experiences in 87 countries, I lived in 17 and traveled to 87 on 4 continents. Oceania is still missing.
Different languages and knowledge of cultures. My passion for reading, for life and for interesting projects.