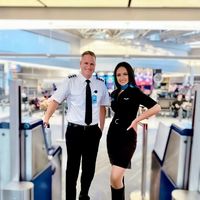 WARNING I binge on laugher and spontaneity!
I have an inquisitive mind, zealous for growth in every aspect including spiritually, to trying new tings!

To feel like a Local all over the world.