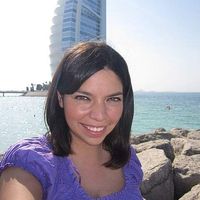 Travel around the world and enjoy life

I am from Mexico and I love to travel especially as backpacker :D I work in the oilfield as an engineer, I spent more than 2 years working in different deserts of Oman, and after that I moved to Colombia where I did the same job for 1 more year. I moved to Germany in summer 2012 but after 6 months of working in Central Europe, I took another job in Congo and continued the adventure. I had time of my life while I was in between Germany and Congo for around 2 years.

Later they laid me off the job and I used the time to backpack all Central America and a little bit of SE Asia. Then I found a job on board a cruise line, I was selling tours while sailing the Mediterranean for some months.

After that I decided to follow another passion and I became a Dive Master. I worked as a Dive Master for some months in the Mexican Caribbean and I loved that experience so much, maybe at some point I will become an instructor, but not yet.

After that in 2017 I decided to go back to the ship life and I joined another cruise ship, I was working on board at the Front Office (hardest job ever) but I still enjoyed a lot!!

After a while on board cruise ships I took come scuba diving jobs again in the Mexican Caribbean! I just love this area!

Summer 2020 I moved to the Netherlands to star a job back to the field operations!!! What I like about this job is that I have the chance to meet people from all around the world and I have the opportunity to travel either for days off or for job related stuff. The disadvantage is that I am not always available to host couch surfers or take them around because I am usually in fields far away from the civilization and the fun, in addition it is usually hard to know when I gonna be in town and for how long (depends on the operations).

I like to meet people from different cultures and learn from them as much as I can. I am crazy and adventurous, I enjoy a lot when I try new things or when I go to places where I have not been before. I like to party a lot and drink (especially beer) :D

Unfortunately my job is complicated, I have no schedule which makes it very hard to host couch surfers because usually I can’t say if I will be available!!! However if the circumstances allow it I will love to host as much as I can, or at least go and grab drinks, go around in the city and make new friends :D

My job doesn’t let me plan my own trips in advance, couch surfing has saved my life several times with last minute couch request or when I post in the groups saying I am there without a plan. Incredible people have answered :D

Awesome!! My first experience was in Durban, South Africa, my sister arranged to meet a couch surfer at the beach and we had an incredible time during our stay. After that in Pretoria another couch surfer showed us around and we went out for drinks :D

While I was living in Oman I met some other guys who moved into the country and shared stories. Then I had the chance to meet another couch surfer in Thailand and after that in a totally improvised trip to Japan.

After that I moved to Bogota, Colombia, when I traveled to Cartagena I had more awesome couch surfing experiences. Some CS hosted me in India, all incredible people.

I improvised a trip to Poland for the EURO12 and I managed to find hosts in all of the cities!! that made my trip very special and a lot of fun. I improvised a trip again, last minute decision to go to Pamplona to see the bulls running and one more time CS saved my life. while in Gran Canaria I organized my birthday party through the Gran Canaria CS group and it was fantastic!! A birthday to remember :D

When I moved to Hannover I was homeless (hard to find a room) and again a CS saved my life, I met a lot of incredible people in the meetings of this city. I used to live in Stuttgart and during that time I made very good friends in the CS meetings :D Everytime I get the chance I go to the Oktobefest, again a perfect place to meet more CSrs and make new friends!

I think my most recent experience was in Thailand, I met a group of crazy people through the Chiang Mai group and we celebrate Songkran for few days :D

Thanks a lot to everybody!!!!

TV Shows:
Friends, How i met your mother, Prisson break, Two and a half men.
Music:
Aerosmith, Bon Jovi, Guns and Roses, Metallica... and whatever is the hit of the moment.

The most incredible about the CS project is that there is always something that you can learn from the other persons, how they think, how they live, how they manage to travel or how the can host many people, traditions, culture, even language or cooking :D
The university of life!