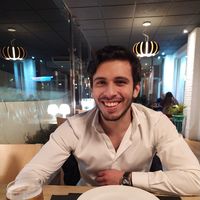 My name is Carlos and I am a Latin American student living in Santander, Spain, since 2015, which is the year when I moved by myself to this new city. I am finishing my degree in Industrial Engineering and Management. Last year I had the opportunity to go on Erasmus, I went to the Netherlands and I traveled to many different countries. I had traveled by myself, with few friends and in bigger groups, it is always enjoyable. I like rock music, I have seen some very good artists in live. I also like science and technology related stuff. Also, I played soccer as a goalkeeper and I dream of someday going to see a match on a World Cup or an important Champions League game.

As a student with a limited budget, I have experienced many times issues with getting a cheap place to stay, basically a place to sleep some hours and take a shower. And also while traveling by myself it is sometimes difficult to meet new people during the journey, which is something that many times makes even better the experience. That is mainly why I got interested in Couchsurfing. Also, as I have experienced this kind of issues, I am open to giving my help to other people willing to visit my city!

I am interested in learning the history of different cities and countries. Also the differences in daily living between different places.

My experience in the places that I have lived, the cities I have visited, stories that had happened to me, a bit of Spanish if they are interested in, dishes that I have eaten and that I can prepare and I don't know many other things.