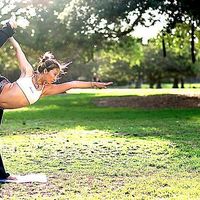 DEUTSCH LERNEN (and to survive this ordeal). To never stop learning, to question, improve, explore, inquire. Hunting down and experiencing the World's best DEEP/ TECH-HOUSE clubs or performances

Prior to quitting my job (inevitable continuation of my awakening), I was a litigation lawyer in Sydney, Australia.

However, never really feeling that I was serving my real purpose on Earth here, I walked away from the path at the time (precisely - ran away at a distinct awakening moment: quitting the legal job by email via WiFi while sailing serene &amp; scenic Croatian islands &amp; didn't come back Home for another unplanned several months) I made a point to stop thinking, and start feeling more. To follow my innate passions and to question that which lies beyond this matrix we live in.

A conscious decision was made that I will only partake in projects that are dedicated to Human/ Animal Rights law. I have since been working on Asylum Seeker projects within Australia.

These days I teach hot yoga, and am in the learning process of achieving skills in the game of Poker that leads this hobby perhaps to semi-professional level.

I have several personal projects on foot and some of those is to question authority (unreasonable and totalitarian laws andrules: anyone feel the same about compulsory helmet laws while riding a push bike?), reconnect with nature, sifting out all the superficiality whilst having to live in a big city.

Living is staying Present, which means not allowing our minds to wander back into the past and not wandering into the future.

The only real thing that exists is Now.

Helping others by sharing knowledge, smiles, the love.

#UPDATE#
Since 2015, I no longer live in Syd, but Berlin. One of my hobbies is interacting with others in German, so if you're also in the same boat, wanting to improve the language, hit me up, u'll be my next best friend : )

Unconditional willingness to help and see other brothers and sisters do well in Life for the right people I meet &amp; resonate with. I do not really believe in being a negative energy-draining individual, who complains all the time (takers as if all things were granted. It is not hard to spot this energy in others. Good manners &amp; pulling one's weight is the right way).

Fortunately, I am a big sucker for the principle "Benefit of the Doubt" and tend to see the beauty in others before anything else.

My Couchsurfing experience really started and came together - July 2011. I surfed just once in Slovenia with a host - what a memorable experience. My host Dejan and his flatmate, Tomaz &amp; I connected like a house (or a bunch of electro-wires) on fire. We are still very good friends til today.

As far as CS meetings and random activities, this started to pick up from Aug 2011 in Paris, I met other fellow CSs for beach volley ball (albeit a man-made one in Hôtel de Ville).

Couch surfing concept for me is, going back to basics - what this World needs more of and reviving the community life we once had but all forgotten.

Freelancing &amp; having the opportunity to be thrown at the learning curve with business hurdles &amp; complex moments | Learning languages continuously and being fortunate to have a never-ending passion to learn and improve | Bungee jumped off 233 metre-tower | Sky dived &amp; enjoying the free-fall at zero velocity | Being able to teach and share yoga with others

What kinds of people do you enjoy meeting and learning from?

Those who understand we are students &amp; teachers all the same time, reciprocally.