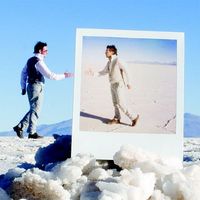 *** I am getting upward of 20 requests a day. If you send a copy and paste request, I will send you a copy and paste reply. If you are not verified, I will do the same. There are simply too many people requesting than I can handle, so if you want to be taken seriously by me, please write me a serious request. ***

It's a very difficult field to fill out, but I will try and give you a little background on what, where and why I travel.

I was born and grew up in the magnificent city of Melbourne, Australia.
My father instilled the travel bug early in me, taking me on an extended trip to Scotland for a few months when I was five. He's taken me back a few times over the years to visit and I stared to get a thrust of knowledge. How does the rest of us live?

I travelled to Denmark as part of an international Scout exchange and in 1999 and got to taste conventional Europe for the first time.

In 2005 my partner at the time suggest we go to Japan for a year. I proposed we would if my university application was denied, expecting to get into Uni without a problem. When I was knocked back I found myself committed and flew off to Tokyo. A decision I never regretted as it was a turning point for me and my life hasn't been the same ever since.

In 2008 I took to the road in my first long backpacking trip. I started in Cape Town, South Africa and over six months went up to Nairobi, Kenya and everywhere in between. It was a eye opening experience and a lot of fun. I went to Victoria Falls which I think is the most spectacular place I've ever visited and loved every moment of my time in Zanzibar.

In 2009 I took to the road again, this time the destination was South America for six months. I started in Buenos Aires, and snaked through to Lima, vis Rio. I spend most of my time in the altitude of Bolivia and visited Machu Pichu, a sight only rivalled by Victoria Falls as the the most spectacular place on earth.

I've now found myself in Paris where I intend to spend the next part of my life. A launching pad for Europe, the Middle East and North Africa. Who knows where the road will take me, but if I knew where I was going, would I want to go there?

If you want to take a look at some of my photography go to www.alexanderjebradley.com

I don't know where I'm going, or how I will get there.
But if I ever knew, I think I shall never go

I found CS when I met the most lovable guy in the world in a backpackers in Buenos Aires, when I said I was traveling to Sao Paulo, he offer his couch. Little did I know he was a Couch Surfer or the world that I was entering. He was a spectacular host and wonderful friends and now I'm here!

I'm a photographer by trade, but shoot mostly weddings, so shooting photos that aren't wedding related is fun. My polaroid camera is one of my most prised possessions, and the pictures it spits out are held close to my heart.

I like a selection of music, although lately to help me learn french I've put myself on a french music diet, where I'm only allowed to listen to french music. It's going well, but I think music alone will not teach me a language. A pity really.

Travel obviously is a passion of mine, seeing the world we live in, in all of it's many captivating facets. Meeting people and exchanging stories of life, death and everything in-between.

MOVIES (how can one make a list?)
FRENCH: Amelie * The Girl of the Bridge * La Femme Nikita * The City of Lost Children
AUSTRALIAN: Romper Stomper * On the Beach * Beneath Clouds * Moulan Rouge * Kenny
JAPANESE: Cutie Honey * Neon Genesis Evangelion * Grave of the Fireflies
BRITISH: The War Zone * A Clockwork Orange
SOUTH AFRICAN: Juraselema
BRAZILIAN: City of God
AMERICAN: Requiem for a Dream

BOOKS
Swahili for the Broken Hearted * The Raven - Edgar Allan Poe * Intimate Family - Sally Man * Memoirs of a Geisha * The Life and Explorations of Dr Livingstone * Or Not to Be: A Collection of Suicide Notes * xxxHolic * Tabaliod Tokyo * Snow Country * Dinner with Mugabe * District 6 * The Lunatic Express

Victoria Falls
Every turn you make sees you in front on yet another spectacular rainbow, but the mother of rainbows was when we attended the "lunar rainbow" in Zimbabwe. For the first few hours after the sun has set and moon rises, you can see a rainbow created by the full moon cast over the mist of the falls, a sight I shant forget any time soon.

Machu Pichu
I can honestly say I don’t think I’ve ever seen anything more beautiful and awe inspiring in my entire life than Machu Picchu. It is simply the most stunning place in the world. From Huayna Picchu towering above, to the ruins themselves with their intrigue, the steep towering mountains on all side that portray the perfect backdrop of any city and the mystery of the Lost City. Whilst sitting on the agricultural shelves cut into the side of the mountain, I wondered what happened to the people of Machu Picchu. What was is used for, a fort, a prison, a royal retreat?

I can teach or a thing or two about photography. I'm a professional photographer and I host walking photo tours of Paris. If I've got one when you're staying with me then there's a high chance I'll invite you along.

I couch… I host… I surf… and every Monday night I co-organise a Cinema Club in Paris. There are lots of great films screening in small theaters all across Paris. Sometimes we watch new films, sometimes old ones, some weird, some mainstream. So if you're surfing with me on a Monday night, going to the cinema is part of the couch deal.