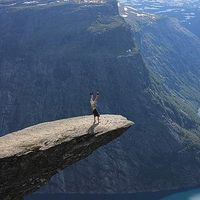 Live a healthy life back in Canada and go on adventures around here in the very near future.

First off. Mark would like to let you know that he has Attention Deficit Hyperactive Disorder. A disability that makes Mark energetic as crazy fun one minute, than could be falling asleep the next. It never used to hit him as hard in his twenties, but he notices it a lot more in his thirties. Mark is a graduate of environmental technology who is a novice traveler and living life to the fullest. He is rather outgoing and thoroughly loves the outdoors especially. Mark enjoys outdoor activities such as hiking, biking, snowboarding, swimming, climbing, canoeing, kayaking, and taking pictures of everything you can possibly think of. Architecture, art, animals and scenery are examples of what may be captured on photograph. A variety of sports such as tennis, golf, soccer and badminton like to be played anytime he gets the chance to. The past few years Mark has spent mostly working up the Sunshine Coast in British Columbia in Health Care but has also traveled the Rockies, and the east part of Canada.

I really don't know where to start but here we go. Crazy how goals and plans change. I thought I was going to go straight into work following college, but than I realized that money can't buy happiness. While between jobs and between semesters, my parents were involved in a near fatal accident and my little brother was killed. Due to the severity of the accident, I decided to go back home and spend the next four months with them while they recovered. The aftermath of my parents car accident was painful for the whole family, but at the same time it moved me. While looking after my parents it made us realize how short life really can be, and how close we really were as a family. The rehabilitation my parents endured was truely inspirational.

In January 2014, the day before I was going to settle and find work in Scotland, a close friend/brother to me
who I had known since he was 4, was struck by a car while longboarding. After being left in a coma, it was decided to take him off life support. He was almost seventeen. This sent me through a spiral of depression over the years, uncertainty and questioning my quest in life along with my goals. This was single-handedly the worst ever event to happen in my life and flew back to Canada to be comforted by my friends and family. Grieving these sorts of things is a really difficult process especially after losing that person who was that mirror image of you. He was keen on my style of living, was a hippy deep at heart and a kind soul to anything that was living. We were going to travel after he was done high school and show him the world.

Also in February 2022 I ended up in the hospital for almost one month and my life was almost taken away from me as I was denied a transplant in case things got even worst. Thankfully I made it out alive and doing the things I love the most again. It made me really reflect on life and will commit myself to a more healthier lifestyle after being given a second chance at life.

If I were to give a piece of advice to fellow travellers, it would be to travel and learn about other parts of your own country before venturing off to other countries. I have travelled to most of the major cities in Canada as well as alot of smaller communities, and its shocking to see how communities can differ from one to the other.

The many things that are enjoyed about participating is that everyone has a story to tell, a mission to pursue and a variety of outlooks. Yet we have one common goal and that is to help out society anyway that we can. Whether it's exchanging ideas, food, experiences or a couch, we all try to lend a helping hand.

I have participated in organizing events, assisting travelers find their way around cities or giving them ideas of what to see/do with the time they had as well as hosting 70 surfers.

Couchsurfing is an amazingly educational experience that everyone should try. A group of friends and I unofficially hosted years back, while letting friends, acquaintances and strangers crash on our couch for months at a time in dire times of need. Though we not know some of these individuals well, we did trust them enough to bring them into our home, and treat them as family.

Everyone who has hosted me has been extraordinary. The hospitality they showed was beyond what anyone would have imagined and I hope to host some of these people and give back to the community in the future.

As for books, I don't really get the time to read books because I prefer to be out and about. You can blame that on my ADD and ADHD. I read lots of travel magazines and Popular Science magazines though. Anything that has to do with meteorology or environmental related is a must read as well.

I have way more than one thing that has happened, so I shall make notice of a few over the past couple years.

- the fury of forest fires in Gold River.

- visited Ayer's Rock in the middle of Australia
- lived in an aboriginal town in Australia
- went to the Australian Open of tennis
- snorkeled with tropical fish in Hawaii
-
- hitchhiked 4600 kilometer across Canada in 4 days to surprise my mom for Mother Day
- bumped into the author Stephen King on the streets of Bangor
- Pebble beach for the US Open/walked St Andrews old course in Scotland
- a tour over to Haida Gwaii and was educated alot about the culture, but not as much as I wish I would have like to have known.
- climbed a mountain in Austria through the snow in sandals
- Oktoberfest in Germany
- Northern lights
- Hitchhiked 3700 kilometers to Inuvik, which is the furthest north you can drive to in North America. It is 300 kilometers north of the Arctic Circle.
- swam with eels, sharks and stingrays
- 22 hour ferry ride through the inside passage to Prince Rupert is mind-blowing and the 2 day train ride from Prince Rupert to Jasper was full of amazing scenery. They split the ride into two half days so you can see the mountains during the day
- hiking up a mountain north of the 60th parallel in the middle of winter.
- explored Mayan ruins in Central America
- stood with more than 100,000 Italian's while the pope made an appearance and speech at the Vatican
- hiked the intense 49 kilometer Juan de Fuca trail on Vancouver Island
- was a part of the Eurocup football madness in Poland/Ukraine in June 2012
- Saw the Queen and the rest of the Royal Family during the Queens Jubilee in London, June 2012
- hiked fjords along Norway and the Lofoten islands off the coast.
- Olympics in London August/2012
- Rode camels through the Sahara Desert in Morocco
- Las Fallas festival in Valencia, Spain
- Semanas Santa in Seville, Spain
- Ran with the bulls in Pamplona, Spain during San Fermin festival
- St. Johns/São João festival in Porto, Portugal
- Kissed the Blarney Stone
- Celebrated Hogmanay in Scotland (The biggest New Years Festivities in the world
- Ate a scorpion and tarantula
- Hiked the Great Ocean road in Australia
- Spent New Years in Sydney
- Hike the 50 km Tasman trail in New Zealand
- Hiked around Newfoundland
- Lived in an aboriginal town in Australia
- Been to Ayers Rock in Australia
- Seen Queen in Kyiv, Ukraine

A few years back I was a performer/volunteer for the 2010 Winter Olympics and it was unbelievable. Not only did was being part of the show extraordinary but it made me realize how proud I was to be Canadian. Partying with the athletes on the floor after the closing was pretty wild too. Truly a once in a lifetime opportunity!!!

I can teach you how to juggle, hitchhike (their IS a science to it eh :P), make a shelter out of everything around you or make a fire. I can even teach you poker. I can tell you all about my adventures all around the word and what I have learned from each country and experienced.

A spontaneous and fun individual. Someone who likes to socialize, cook, cleans and dumpster dives to supply food for a house he is staying or living at. He likes to have some drinks, chill out, get to know the host and hopefully one day we can be friends!!! If you play sports, we will hit it off right away. I can teach you about hockey, poker, hitch-hiking, juggling, pool and can supply endless stories of my epic journeys around the world and hopefully I can hear about yours as well.