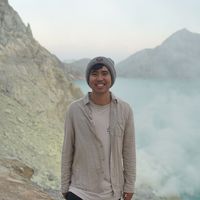 Grow and help other people grow

"The best man in the world. Handsome, smart and modest" - mom

"I know the answer" - heart

"You don't know anything, I'm the responsible for the emotions" - right brain

Pick something: https://abetterlife.quora.com/How-to-master-your-life
I like this poem too: The road ahead or the road behind

I hosted and surfed quite a bit, and now I mainly use Couchsurfing to meet cool people.
But I still surf and I'm open to host when I can.

Two quotes that outline the meaning of this pretty well to me:

"People change, they eat meals year after year and change with every meal" - On the Road

If I had an unlimited amount of time, I probably would be interested in everything.

MOVIES
The Shawshank Redemption and Amelie Poulain. I know they are quite mainstream, but I think these are the only ones I watched more than four-five times. Everytime I have some major decision to make, or I'm going through some difficult times, I watch one of these, usually both. They remind me a lot of the things I value in life, and principles I like to live by.
There are a tons of great movies that I also like, but these two are special

BOOKS
It is not my favorite or the one from which I learned the most, but it was one that really stole my attention. I started reading without expecting much, and I just had to finish, like an obsession. The name is 'Flowers for Algernon'. It is about a guy that has an IQ of 70 that agrees to participate in an experiment that takes his IQ to 210. The book is written in first person, so you can see how much his writing, thinking and life evolves as his IQ grows, and what are the difficulties that arise from that. Very cool!
Also great: The Solitaire Mistery, Musashi, The Old Man and the Sea, Escape from Freedom, La Chute, Creative Idleness, Into the Wild, On the Road, The Road Less Traveled, Siddhartha

I also like movie and videogame soundtracks, like Amelie Poulain, Shadow of Colossus, The Last of Us and others.

- Was interviewed by two billionaires to win a scholarship at university. They and more four successful-career people were asking me and other four contestants things like "What is your life purpose?" or "How much money do you think you're going to make in x years?". And to get things worse, there were 20 other people behind us evaluating each answer. After that, one of the billionaires held the door to the stairs for me because the elevator was full. And I was like "you can go first sir", and he was like "no, go first, I insist". He seeemed to be a good guy.
- Went to a 3-day military camp. I didn't take a shit in 3 days. True story. I think it was because I didn't eat that much. When I came back to the college dorm, I took the best shit of my life, and afterwards I took the best unaccompanied shower of my life. Highly recommend this experience
- Got a full scholarship for highschool when my family was running out of money. It was a contest that consisted of a Math and Portuguese test. There were something like 400-500 students, and I got first place. After some time, I heard that the guy who got third place won from his parents an amount of money equal to how much he saved with his scholarship. I got a hug from mine. At that time, I preferred to get the money, as this guy did. But, damn, it was a great day. I made my parents really happy. Today, I prefer the memory, not the money.
- The first time I traveled by plane was at the age of 21. It was the first time I went out of my state, Sao Paulo. I got a job at a bank in Rio de Janeiro, and they paid for my flight, and I felt kind of important for that, until I realized that companies have to pay for these things, it is not VIP treatment. Since then, I traveled to 100-200 cities (it is a number in between, I just don't feel like counting right now). I remember when I was a kid and eveytime I went together with a relative to the airport, I thought "I want to go together". So I guess this whole bunch of travelling in these last years is a way to cope with this repressed desire of traveling since I was a little boy.
- I started this photo project (www.fb.com/oneroomoneday), where I'm constantly learning and getting inspired by amazing people. Hope you can be the next one :)

If you reached this part of the profile, here is a gift for your efforts and patience: write "I'm gorgeous" on your request/response. Then write that in a piece of paper, put in your pocket, and read it each full hour.
Another gift, it applies not only to asking for a couch, but for life in general:
http://blogs.hbr.org/cs/2013/02/make_a_stranger_believe_in_y.html

After thinking for a while about this, I came to the conclusion that the best thing I can learn from someone in just a few hours or days is not something 'technical', like how to play an instrument or cook a meal. For these, I can hire someone or find a friend that can teach me, and I will need plenty of classes to be reasonably good at it.
But if you tell me stories of why you're passionate about playing piano, or how your grandmother helped you to choose the best ingredients to make a salad, then I will probably remember this forever and will be inspired to take piano lessons when I'm older or spend time cooking with my future children.
So the best thing I can learn from you in a short time are your stories, your passions, your fears and dreams. And the best thing I can teach you are my stories, my passions, my fears and dreams. The beauty of this is that I don't have any idea of how sharing my life will affect you, and you don't have any idea of how sharing your life will affect me. But if we are true to each other, it will affect both somehow.
I can't hire anyone for that, except for you. But I hope you won't charge me to tell stories about your life :)

Anyway, this section is getting longer than expected. But if you still want to learn some 'techcnical' things, I would be happy to teach:
- Computer stuff in general, like sites that attend specific needs, how to program and how to use some softwares
- Guitar. I can teach some nice musics.
- Thoughts and recommendations of movies, books and music.
- Photography. I know a couple ot things
- Problems envolving Math and Logic. Until now, nobody ask me that one, maybe because people in general don't want to think about those things while traveling, me included.